Why We Acquire Clutter

Why do we acquire so much clutter? Clutter and consumerism have left so many feeling stressed and empty. However, the current shift in world dynamics has given a new perspective to people regarding what is truly important in life.

People are longing for simplicity and genuine connection.

Time and relationships have infinitely more value than any clutter we can acquire. Every dollar we make represents a chunk of time in our life, and we no longer want to waste what we have been given on clutter.

So, how did we get to the point where keeping up with the Joneses became our goal?

During the time of the Great Depression, a rationing mentality developed out of necessity. There was a sense that anything and everything that might potentially be useful needed to be kept.

The lack during this time also laid the foundation for consumerism after World War II.

In their post on the American Experience,  pbs.org shares,

“At the end of World War II, American soldiers returned home to a country quite different from the one they had left four years earlier. Wartime production had helped pull America’s economy out of depression, and from the late 1940s on, young adults saw a remarkable rise in their spending power. Jobs were plentiful, wages were higher, and because of the lack of consumer goods during the war, Americans were eager to spend.”

This boom in resources and production led to the excess Americans have grown to know and expect and the clutter we have acquired.

As a result, American culture is defined by busyness and debt instead of strong families and values. All of our programming reflects this reality.

It is impossible to escape the barrage of marketing that fills our daily lives that always tells us we need more.

As a result, more stuff becomes clutter and fills our homes.

Unless we make a conscious effort to disengage from the intrusive nature of these ads, our subconscious takes over and we find ourselves spending money for things we have been manipulated to buy.

Only God can satisfy.

We fill various voids in our life with plastic things, metal things, and wood things, but any happiness it brings will always fade quickly.

“Why do you spend money for what is not bread, And your wages for what does not satisfy? Listen carefully to Me, and eat what is good, And let your soul delight itself in abundance.”

The things money buys did not satisfy three thousand years ago, and it does not satisfy now.

If you take away anything from this blog post, I hope you recognize that our culture has given us a counterfeit substitute for true peace and happiness.

We have been bought with a price by our Savior, Jesus. Only His love and peace will fill our empty hearts.

Let’s clear the clutter that does not satisfy and make room for Him. 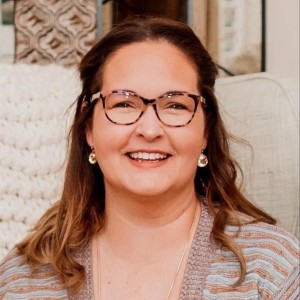 Allison is a physical therapist assistant, home organizer, and CEO of the Knoxville Home Organizer team. As a middle-aged adult child of an aging parent and parent-in-law, her heart’s desire is to utilize her God-given talents of administration, service, and organization paired with her 25+ years of rehabilitative experience to serve as your Aging in Place Guide. Her goal is to help you simplify your home through clutter-free living, a simplified paper management system that supports you having your affairs in order, and a clear aging-in-place plan so that you can enjoy the peace and freedom that comes from living in a home that serves you.

Receive an update any time we publish a post on our blog: